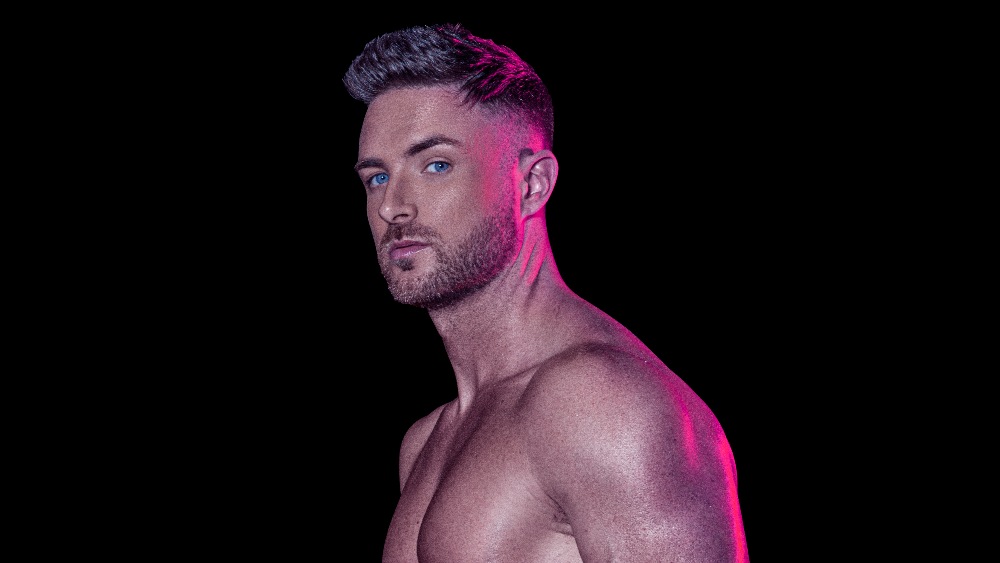 Essex boy Shane also known as our blue eye boy is a top professional male model throughout Europe as well as being a full time Dreamboy.

Shane is a favourite with the fans and has been a part of many different events at Dreamboys. He began performing at our Saturday shows with his close friend and fellow male stripper Harry Rumsey. The two of them were superstars on our famous Saturday Night London show always pulling in a massive crowd and giving the hordes of fans exactly what they came for. Our Saturday Club nights at For Your Eyes Only, a luxurious venue with just the right blend of naughtiness and class, is still going strong with some other amazing boys including Javier Markham, Gary Maloney, Al Warrell, Mikey Owusu & Rob Singers.

Four years ago, Shane joined the cast of the Dreamboys Tour to take our gigantic theatre tour show all of the country from sexing up the suburbs to spicing up the cities. Shane first started Dreamboys without a great deal of dance training but since joining the tour has taken it to the next level. For the past three years as one of our star Dreamboys male strippers he has been working hard on improving his dancing and overall performance. Receiving high quality training from Jordan Darrell and Smike, Shane has now become a huge asset to the show with solo performances and complex group dance routines.

Shanes love for dancing started at an early age where he dreamt of being a professional dancer like his idol Justin Timberlake. He is into his fitness and nutrition and has a passion for training and keeping in shape.

You will fall head over heels! He’s a cutie and a self-proclaimed mummy’s boy with the eyes of an angel.

If by now you are fantasizing about seeing the gorgeous Shane Tyler on stage with the Dreamboys Tour get ready to misbehave and book your tickets for our 2020/21 Too Hard To Resist Tour. All the boys are there to tease, please, tantalise and sweep you off your feet for the ultimate night of the year. Get ready for shredded torsos, massive dance routines and to scream so much you'll probably lose your voice!
As an added treat, joining the Dreamboys on selected dates in 2020/21 is former fireman and Love Island and Ex on the Beach superstar Michael Griffiths who will be showing off that gorgeous body and Liverpool charm as he begins his journey to becoming a male stripping legend. Michael got us worked up during his time in the Love Island villa and is now following in the footsteps of all the other famous faces who've danced with Dreamboys including X Factor's Jake Quickenden, Geordie Shore’s Gaz Beadle and Scotty T, and The Only Way Is Essex lad Dan Osborne by joining our team of the best male strippers in the world! Our West End style show has been created for everyone whether you are celebrating an occasion or just a cheeky night out and to escape for a night of fantasies and charm. With fans visiting year after year, the Dreamboys are have truly stolen the hearts of millions of people worldwide.

Dreamboys Clubs: The Saturday Dreamboys Clubs in 13 cities across the UK are the perfect night out the options to add a dinner out, a VIP Booth and even a private dance from our male strippers (selected locations). The reputation of the Dreamboys show proceeds itself! Our famous male cabaret show features muscled men, drag act comediennes and the best night out you'll have all year.

Dreamboys Too Hard To Resist UK Tour: The Dreamboys Tour is a two hour extravaganza with a meet and greet opportunity at the end, plus a whole lot of merchandise to buy! We come to 100 different places in the UK travelling in our famous Dreamboys tour bus bringing you something truly special year-on-year.

Dreamballs: The newest event from Dreamboys! Dreamboys bingo is an afternoon of non-stop fun, including sing-alongs, bottomless bubbles, crazy dance moves and huge prizes! Dust off your dabbers and come play! Dreamballs bingo and brunch is a chance to see different side of the boys, think retro themed madness, a healthy dose of Drag and a non-stop party. It’s the best bingo event ever created!